Why You Should Teach Your Kids to Cook 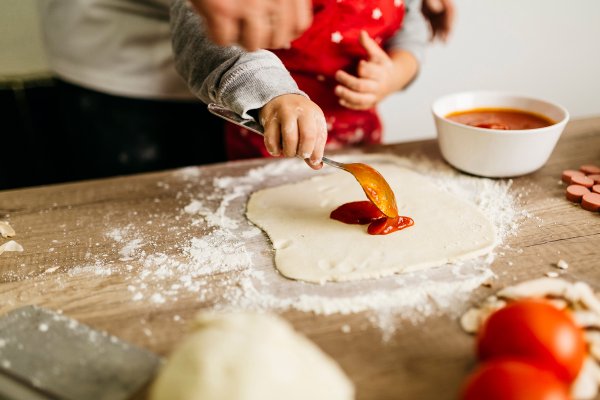 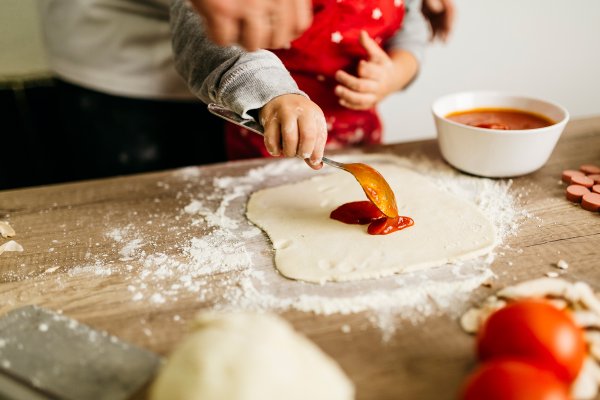 “Have you ever baked a cake before?” I asked Quinn, 9, at the beginning of a recent recipe-testing session in Boston. He seemed a little nervous as he shook his head no. But just over two hours later, Quinn carefully frosted his (slightly slanted) layer cake before proudly serving a piece to his parents. He had baked his first cake, with only a bit of help.

Since then, Quinn has been baking regularly at home and putting what he learned–like measuring all his ingredients before starting to bake–into practice. And although he definitely enjoys sampling his creations, he has also discovered the joy of sharing the food he’s made with others, from muffins for his friends to cookies for his soccer team.

As editor in chief of America’s Test Kitchen Kids, a company that develops recipes for children, I’ve witnessed many scenes like this and heard stories of such victories from children all over the country. Whether it’s an 11-year-old discovering a love of tomatoes or an 8-year-old delighting in cooking her first piece of chicken for her family, each one reminds me of the value of teaching kids to cook and bake from a young age. My own daughter, Olive, is only 2½, but I’ve found that having her help me with simple tasks, like mixing, stirring, rolling or squishing, has sparked an interest in food and how it works–in addition to getting her to expand her toddler palate.

I know it’s not easy. Cooking can be messy even without little hands flinging powdered sugar everywhere. And both the prep and the cleanup require patience. That’s why it helps to start when you’ve got some time, like when you’re looking for a new indoor activity over the holidays.

It’s been said that good cooking is an art form. The truth is, it’s much more than that. It’s a way to teach kids vital 21st century skills, such as critical thinking, creativity and collaboration. It invites kids to make connections to the broader world by asking, “Where does our food come from?” and “What is the history of this recipe?” And it allows them to apply what they are learning in school in a new context.

Cooking also brings science concepts to life. Take mayonnaise, for example. At another recent session, after adding egg yolks, lemon juice, mustard, sugar and salt to the bowl of a food processor, the kids slowly added oil to the running food processor, creating a creamy, smooth mayo. Well, some of them did. Others went rogue and added the oil all at once, leaving behind a broken, greasy mess. It was a perfect opportunity for them to learn that oil and water don’t usually mix and how an emulsion gets the two to play nicely–if you add the oil a little bit at a time.

Get The Brief.Sign up to receive the top stories you need to know right now.

Recipe failures like this matter as much as the successes, as they help kids develop resilience. When Helen, 11, took her cake out of the oven, she was embarrassed and disappointed to find that it was flat as a board. I told her about how, as a preteen, I accidentally made cookies with garlic powder instead of powdered ginger. Then we worked together to figure out what had gone wrong with her cake (the two teaspoons of baking powder left on the counter were a helpful clue).

Beyond the practical skills, cooking builds character. It encourages kids to work with others to produce the final result and boosts their confidence as they take the lead in packing their own lunches, baking holiday treats or helping to get dinner on the table. It also encourages them to be open to foods they otherwise might not have tried. Jad, 11, had never eaten quinoa before testing a recipe for quinoa with herbs. His parents reported that he was so excited about this new ingredient that he cooked it for his family the next night, and it’s been a part of their side-dish rotation ever since.

Of course, the best part of cooking with kids isn’t the STEM skills or even the life lessons. Cheesy as this might sound, it’s the memories you make together in the kitchen. This year, Olive and I have already done a lot of holiday baking, including our favorite chocolate-chip cookies. Yes, it required that I keep an extra set of clothes (for each of us) nearby, but if she remembers the moment she realized that sneaking bites of the dough is both acceptable and delicious, I will happily forget the mess that accompanied that experience.